Usually, when animals are near humans they tend to shy away. This is especially the case with wild animals, who tend to duck into the shadows or back into the woods if there are humans nearby. Some animals are more social and are just fine greeting humans no matter what the circumstance is. Here is a list of those sort of animals who are unafraid to be social with the locals.

I have been told by people who know (they live in the Arctic) that if you are out on the ice and you see a bear, it’s already too late. He has been stalking you, perhaps for hours. A grizzly might leave you after he feels the threat is gone but a polar bear will just straight up eat you.

I went to Alaska and had a tour guide taking our group on a hiking trip. The guy had a weapon on his hip and I noticed it had the front sight filed off. I thought that was odd, so I asked him why he would grind off the sight and he said, “It’s in case of polar bears. This way, when the bear takes it from me and shoves it up my backside, it won’t hurt as much.”

People are saying sharks, but Bull Sharks is the more appropriate answer. I’d rather be swimming in an area with Great Whites if I was out in the water.

The bull shark is the scariest shark. An incredibly hardy shark can survive in fresh water for a good amount of time, and I think can swim as shallow as 4 or 5 feet.

They sound like Jabba the Hutt laughing. I spent the night in a cabin next to a pond with a dozen or so of them (Kafue National Park, Zambia, 15 years ago), and you could hear that all night. We were also emphatically told not to leave the cabins under any circumstances at night, as they would be up and about — and would hurt us.

When I was in Africa one of the guides said: “The hippo, he bite you in two!”

I stayed at a place really close to a lake with lots of hippos. Since they do like to get out wander around the land they had to have some.. defenses. In the form of a 6-8 foot deep trench backed by barbed wire and guards. All because of hippos.

My dad grew up in rural Kenya. He told me the scariest encounter of his life was when he was nearly attacked by a hippo.

One day while swimming with one of his friends in the river near his house he noticed an unusual head coming towards him. Moving ridiculously fast. His friend started screaming and well… He started to swim, incredibly fast. The hippo was gaining on him. Lucky for him he was a strong swimmer at the time and he made it to land.

But Oh no, Mr hippo didn’t just call it a day and leave him alone. Oh no, this four-ton freak chased my dad on to land meaning he had to quite literally run for his life. Keep in mind that Hippos can run up to 30 km/hr.

Cassowaries. Straight up giant murder turkeys. Watching them stalk their keeper on some YouTube video I can’t remember really drives home the birds are dinosaurs thing.

Fun fact: only one person has been killed by a cassowary and it was after he and his brother had the genius idea to try and beat the living dinosaur to death with sticks.

The one documented human death was caused by a cassowary on 6 April 1926. 16-year-old Phillip McClean and his brother, aged 13, came across a cassowary on their property and decided to try to kill it by striking it. The bird kicked the younger boy, who fell and ran away as his older brother struck the bird. The older McClean then tripped and fell to the ground. While he was on the ground the cassowary kicked him in the neck. The boy died of his injuries shortly afterward.

MOOSE. THEY WILL MESS YOU UP. Deer will run away, moose will stand and fight. And they will win.

I used to sell Grille Guards for pickup trucks. Actual question on the phone: “Will this stop a moose?”

Answer: “If you can tell me the weight and height of the moose, and the speed and direction you will be traveling, as well as the make model and trim level of your truck or SUV, then I can confidently tell you the answer is – NO.

Turned my head around and there’s a moose chasing me down. I had to bike as fast as I could for a good 15 minutes before it lost interest.

Psychopaths, all of them.

Edit: for the 10th time no, I’m not from Canada. Good try though, all of you.

25. The Psychopaths of the Insect World

Wasps. They are the diagnosable psychopaths of the insect world. I might be only saying that because they’re the reason why I have to have an EpiPen.

My neighbors kept geese when I was a kid. Those were some vicious animals. They’d square up against my mum’s Great Dane no problem.

I had a Doberman when I lived in France. We used to take him to the water all the time. When he was about 7 or 8 months old, he took off after some ducks and there was one goose. The ducks cleared out but the goose didn’t. It proceeded to chase him which he took as a game. That goose had no intention of giving up and got him really good on the nose. We moved back to the states shortly thereafter.

From that point on he was fearful of any waterbird until he was about a two years old. One day we were at a favorite pond in town and a goose chased him away from the water. I guess he decided that his fear of geese was over. In the span of about a minute, there were 2 dead geese and he swam for about 10 minutes chasing the others. He totally ignored the ducks.

They’re remarkably clever too. One hunting technique is to create large waves to knock prey into the water so it becomes easier to catch.

That specific hunting technique is only observed on the Antarctic Peninsula. Even in other icy habitats, they don’t use it. This suggests that the pods in this region developed the technique themselves, and have taught it to younger orcas as generations passed.

Similarly, they’ll happily beach themselves to access prey, and will use this technique to coincide with the tides to ensure they don’t become stuck. Again, this technique is only seen in a certain area, suggesting it’s a product of their own ingenuity and has been subsequently passed down.

Forget about backing down, these guys instigate fights with bigger animals! There was a video recently of a honey badger that kept escaping from its man-made enclosure and going to the lions and picking a fight with them.

16. Boxing Champions of the Animal Kingdom

Kangaroos. They can beat you up, and they know it.

15. The Nest You Should Never Touch

Big cats. Did you see that video of the woman in China get dragged away by a tiger after stepping out of her car? Or the lion that actually opened a car door? Big cats are scary. 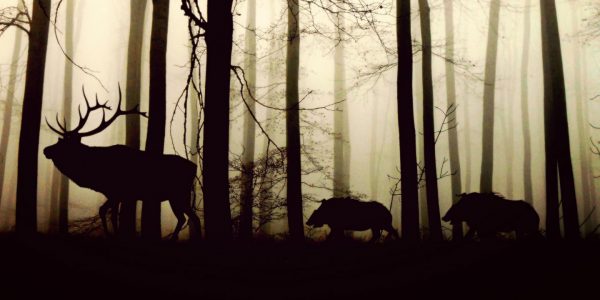 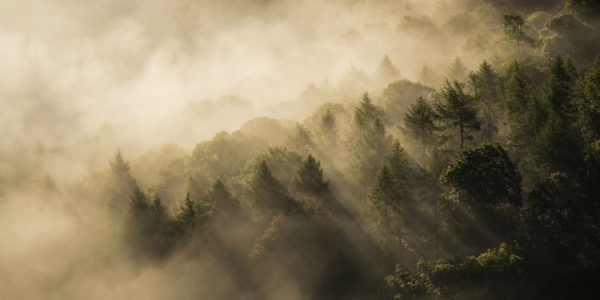