Home > Culture > Beauty Around The World: This Woman Photographed Women In 100 Cities

What is beauty? We know it when we see it. But defining it… That’s tricky. Beauty around the world is the most subjective thing there is. It’s influenced by culture, history, and personal taste.

To get a better sense of what beauty means, Romanian photographer Mihaela Noroc went on a journey. She visited a bunch of different cities all over the world and took pictures of women. All are beautiful in their own ways. It’s a great reminder of our collective humanity.

We hope you enjoy these images. Big thanks for Mihaela Noroc for doing this work.

Mihaela Noroc is from Romania, so that’s where we begin. It’s a beautiful land, with lush valleys, historic cities, creepy castles, and mountains. And, of course, it’s people are beautiful too!

Beauty around the world takes many forms. This woman’s face is painted because she was celebrating the Hindu festival of Holi at the time.

Rio de Janeiro is one of Brazil’s biggest attractions. From Christ the Redeemer to its beaches, it’s a crowded cosmopolitan wonder.

Moldova is Europe’s forgotten country. It’s sort of smushed between Romania and Ukraine. It’s a bread basket with plenty of wineries. However, tourists have yet to discover it.

You wanna talk beauty around the world? Riga is a truly underrated city. Its old town is a UNESCO World Heritage Site. That’s because of its art nouveau architecture. But the people inside the buildings are beautiful too.

Mihaela Noroc notes that this young Iranian woman is a graphic designer. She takes great pride in her financial independence.

Medellin is most famous as the one-time home of Pablo Escobar. But the ’80s are over, and Colombia’s second city has reinvented itself. These days, it’s known for its street festivals and flowers.

Noroc notes that his young woman was working the fields in Wakhan. The Wakhan Corridor is a remote part of the country. It’s bordered by China, Tajikistan, and Pakistan.

Yangon is no longer the capital of Myanmar. However, it remains the economic and cultural hub of the country. This city of 5 million is a great place to explore beauty around the world.

These mother and her daughters fled Syria. Today, they’re in a refugee camp in Greece. You can really see the family resemblance.

We can’t talk about beauty around the world without mentioning Russia. The country is so huge and diverse. And diversity breeds beauty in our view.

Noroc encountered this lovely lady at a market in Nampan. Aging with grace will always be beautiful in our book.

Finland isn’t a frozen waste. It combines the best of the modern, urbane world with undiscovered wilderness.

Bucharest is the capital of Romania. This young woman told Noroc that she wants to help people with disabilities to live more visibly. Beauty around the world should definitely be inclusive.

Kyrgyzstan is perhaps the best Central Asian country to visit. That is to say, it may be the easiest. For an authentic experience, try exploring the country on horseback. The Kyrgyz are legendary horsemasters.

Iceland’s beauty isn’t all the result of volcanism. There’s plenty in its people as well, descended from Norse settlers. They first came to the island in 874 AD.

This woman is of the Daasanach people. When you live in such a hot climate, clothes become optional pretty quickly.

Few countries offer more beauty from around the world than the U.S. In major cities, you’ll meet people from all backgrounds and all walks of life. It’s a terrific accomplishment.

Mihaela Noroc notes that this woman’s name is Daniela. Although born in Lisbon, her parents came from Angola.

Tibet is a land of traditions that span the millennia. And traditional beauty is no exception.

This woman’s name is Anais. Her mother is from Mali, while her father is French. Talk about beauty from around the world! As the world becomes smaller, we become more like one people.

Is there anything more beautiful than a warm, genuine smile like that?

Havana is kind of like stepping into the past. While the city has begun to modernize, the cars make it feel like a ’50s period piece. You’ll also enjoy the music and nightlife.

Cali is another Colombian city with a dark reputation in its past. But the past is the past. Cali is also the world capital of salsa. So you’d better come prepared to dance.

Pushkar is a holy city. Its most famous features are its Brahma temple and its lake. The city is home to the only major temple to the Hindu god Brahma.

These sisters are one year apart. They told Noroc that they face teasing in their youth for their red hair. For shame! We think redheads are beautiful.

Shiraz isn’t just a wine. It’s a former capital of Persia. As such, it has tons of history and culture for you to explore.

Mihaela Noroc says her name is Ania. One of her dreams is to compete in the Paralympic Games. She lives in Belgium, but also has Polish ancestry.

Tbilisi is the capital of Georgia. From mountains to wineries to the Black Sea, Georgia is an underrated destination. It’s becoming more and more popular with travelers.

Mongolia is about a lot more than Genghis Khan. Although — let’s face it — he’s pretty fascinating. This woman is wearing a deel. It’s a traditional garment commonly seen in Mongolia.

This young lady is Colombian, but she’s living in Ecuador. Ecuador is a picturesque country. Its capital, Quito, is nestled in the mountains. Meanwhile, off the coast, the Galápagos boast unique flora and fauna.

Mihaela Noroc says: “I met this young Yazidi girl from Syria in a refugee camp from the Kurdistan Region in Iraq.” Her name is Hasa, and she said she was just grateful to be alive. And able to continue her studies.

Another beautiful lady from Medellin. We couldn’t resist — the shoes alone!

Another fun thing about Medellin is its gondolas. The city is built in a valley, with neighborhoods further up on the slopes of the surrounding hills. The gondolas take people from downtown to uptown (literally).

This woman is named Imane. She has both European and African background — embodying beauty from around the world.

Mumbai (formerly known as Bombay) is one of the biggest cities on earth. It was originally founded on 7 islands that gradually melded into one.

This is a mother-daughter duo from Milan. The daughter is a ballerina; mom is obviously her number one fan.

Mexico’s capital is a city of many diverse neighborhoods, each with its own distinct flavors. It’s a nice metaphor for Mexico itself: a land with many pasts and many presents.

Jodhpur is called “the sun city” because it’s very rarely overcast. It’s also known as “the blue city” because so many of the old houses are that color. The result is a majestic and historic destination.

Tajikistan is a mountainous Cental Asian country. Although mountain ranges dominate the landscape, it’s also famous for its ancient road. The Silk Road, that is. It passes right through modern Tajikistan.

Nasir Al-mulk isn’t a city. It’s a mosque in the city of Shiraz. Locals call it “the pink mosque.” That’s because of the way light filters through its stained glass windows.

Woodville is a town of 1,500 people. You’ll find it on New Zealand’s North Island. For extra beauty, it’s stuck between the arms of two mountain ranges.

Nepal is home to 8 of the world’s 10 highest mountains. It’s a Himalayan kingdom where Buddhists and Hindus live in peace.

Singapore is a small island. But that doesn’t mean it’s boring. Its status as a major port has made it a melting pot. The result is a city where cultures collide.

San Pedro de Atacama is a town of less than 4,000. It rests on a dry plateau in northern Chile. The surroundings are dramatic. Salt flats. Desert. Volcanoes. Beauty, but rugged beauty to be sure.

Oxford is famously home to the university of the same name. It’s renowned as one of the world’s top colleges. As a result, it attracts students from all over the world.

This Australian mother and child strike a chord. There’s something special about the vulnerable beauty of motherhood. It demands so much. But the bond it creates is almost supernatural.

This lady deserves to be here just because of the unicycle. And the leggings. And the fact she’s clearly having the time of her life. What’s beauty around the world without fun too?

Tashkent is an ancient city. It lies along the old Silk Road. While many kingdoms have come and gone, the city remains. It combines the modern with the ancient — and the merely old.

Harlem is a center of African-American culture. While it has started to gentrify, you can still see great landmarks here. The Apollo Theater, for example.

Mihaela Noroc notes that this woman is from Cyprus. She’s a Turkish Cypriot living in Turkey. Turkey is the crossroads of the world. It’s partly in Europe and partly in Asia. It also stands between the Mediterranean and the Black Sea.

Beijing is China’s capital. Surprisingly, it’s only the second biggest city, though. That honor goes to Shanghai. Still, we’re talking about the most populous country on earth. So Beijing still has more than 21 million people.

Guangzhou is China’s third largest city. It was founded in 214 BC. It’s a totally unique city, a result of geographic isolation from the rest of China.

Angola is rich in natural resources. And yes, beauty too. Sadly, little of that wealth has passed to the people. But there’s a quiet courage in the Angolan courage. Civil war? So what. Corruption? Big deal. Angolans are stoics.

Java is Indonesia’s main island. More than 130 million people live there. And it’s the size of Greece. You can bet there’s plenty of beauty packed in too.

This might be our favorite picture. Even the police look afraid. Strength is beauty, in our book.

We end with North Korea. You may not like the country. We’re not crazy about it either. But people? We always have compassion and love for people. Especially those living in difficult circumstances. We applaud Mihaela Noroc for taking these photos. 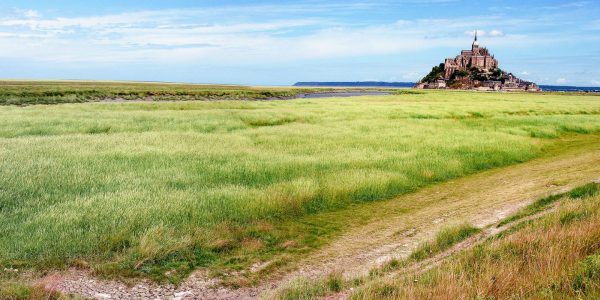 24 Historical Sites That Are Too Good To Miss 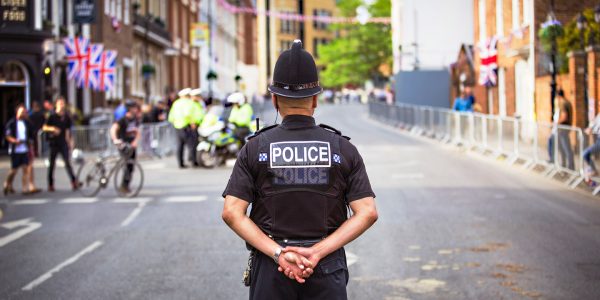 The Strangest Rules and Laws From Around The World